Populate the side area with widgets, images, navigation links and whatever else comes to your mind.
18 Northumberland Avenue, London, UK (+44) 871.075.0336 ouroffice@vangard.com

Queer Theories: An Introduction From Mario Mieli to the Antisocial Turn 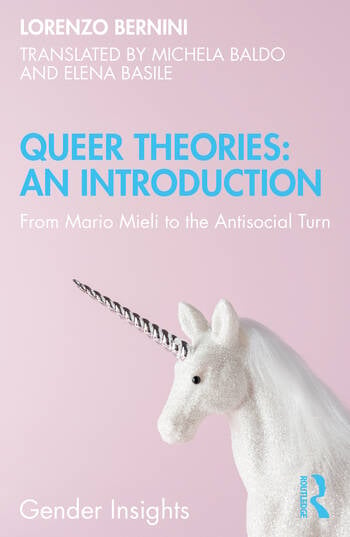 The book traces the roots of queer theories and argues that Foucault owed important debt to other European authors including the feminist and homosexual liberation movement of the 1960-70s and the anticolonial movement of the 1950s.

Going beyond a simple introduction to queer theories, this book situates them firmly in a European and Italian context to offers a crucial set of arguments in defence of LGBTQI+ rights, in defence of the freedom of teaching and research, and in defence of a radical idea of democracy. The narrative of the book is divided into three short chapters which can be read independently or in sequence. The first chapter argues that queer theories are rooted into the critical philosophical tradition, the second presents a critique of heterosexism and the binary inherent to the gender-sex-sexual orientation system, and the third chapter sketches a history of the queer debate. The book offers a useful typology of queer theories by sorting them into three basic paradigms: Freudo-Marxism, radical constructivism, and antisocial and affective theories clarifying the complexities of the nature of the debates for undergraduates.